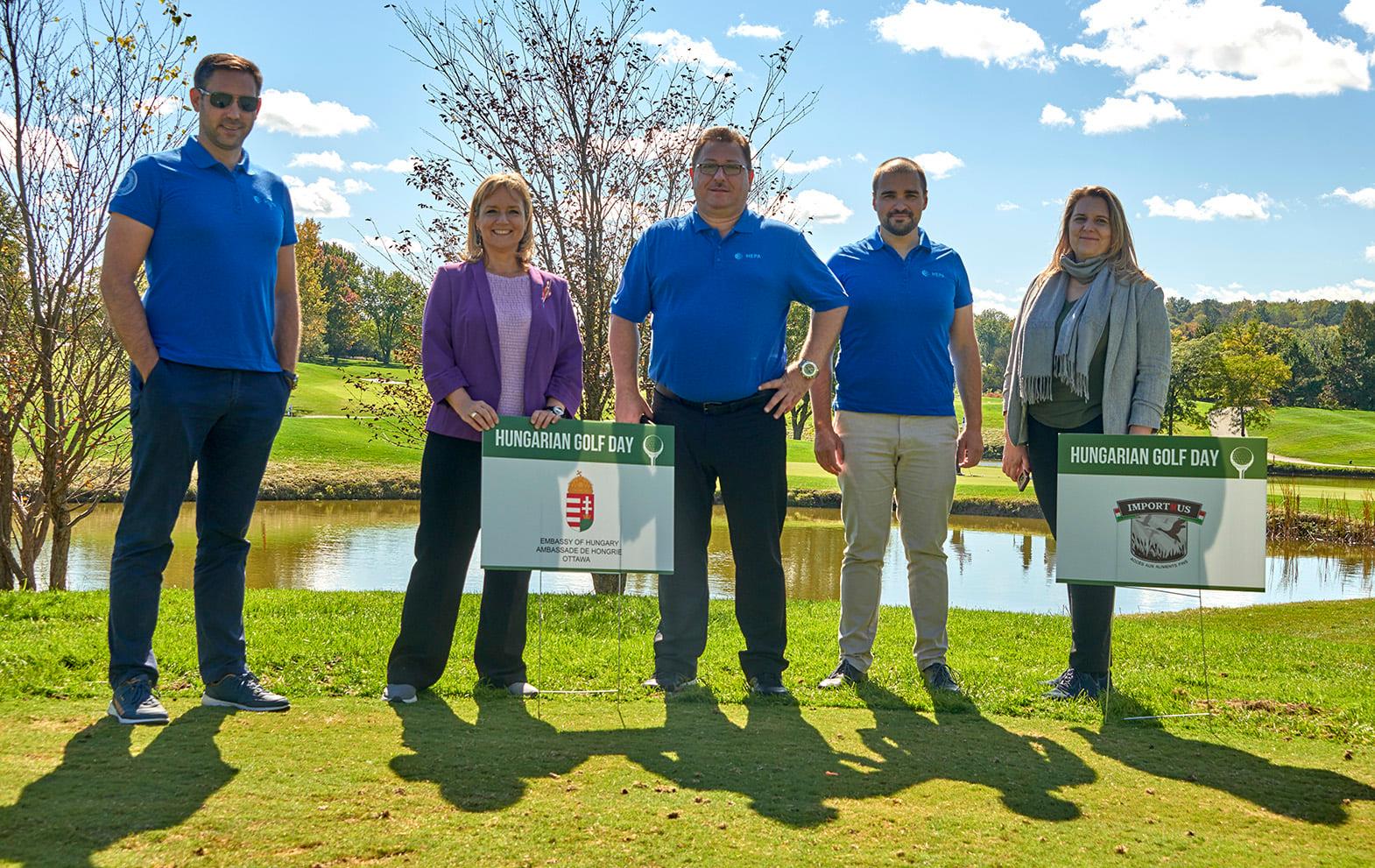 Organized by HEPA Canada, the Consulate General of Hungary in Toronto and the Hungarian Chamber of Commerce in Canada, a Hungarian Golf Day was held on September 29, 2021, Toronto.

Former and current diplomats, businessmen and civilians all participated in the event. The event was attended by Maria Vass-Salazar, Ambassador of Hungary to Canada, Valér Palkovits Consul General in Toronto, Helga Pritz, Consul General of Hungary in Montreal and Máté Árpád Igaz, Deputy Head of Mission and Foreign Trade Attaché in Toronto, and Katalin Hováthné Négyessy, Foreign Trade Attaché in Ottawa. Last, but not least Sándor Balla, the Executive Director of HEPA Canada and the mastermind behind the Hungarian Golf Day.

The main supporter of the evening was the Local 675 union in Toronto. The Hungarian food and wine selection and the wine tasting were organized by Joseph Safian, Food and Beverages Director at HEPA Regional Office Canada. There were many famous and tasty wines – white, red and dessert wines. Local shops of Hungarian origin – Blue Danube and European Sausage House – provided Hungarian foods. The teams were assisted by volunteers and by the team members of HEPA Canada.